Piero Portaluppi was born in Milan on March 19, 1888. In 1910 took a degree at the Faculty of Architecture of the Politecnico di Milano. He was then full professor of architectural composition from 1936 and dean of the Faculty for 21 years, between 1939 and 1963. As a young man, his most important works are the numerous power plants he designed and built along the Alpine arc, thanks to the close relationship with his father-in-law, the industrialist Ettore Conti; the bulk of his production, however, is linked to Milan, the city where he would work all his life.

As an architect of the Milan entrepreneurial bourgeoisie, in the interval between the two wars he built, among others, the Arch Palace in Corso Venezia, the Planetarium Hoepli, the Commercial Bank Palace of Italy in Largo Mattioli, the INA Palace in Piazza Diaz and the Crespi Palace in Corso Matteotti, as well as Villa Necchi Campiglio, Casa Corbellini-Wassermann and the restoration of Casa degli Atellani, the residence of Conti where Portaluppi also lived; also restored the Brera Art Gallery, the Basilica of Santa Maria delle Grazie and, after World War II, intervened on other important historical buildings, such as the convent of San Vittore, which became the Museum of Science and Technology, and the Ospedale Maggiore, which became the Università Statale.

Other of his works have been demolished: for example, the Piccola Scala; on one of his interventions which we walk every day: the churchyard of Piazza Duomo. Still others have remained on paper, to testify his skeptical vision of modernity and the phenomenon of urbanism: the S.K.N.E. skyscraper. (scappane), the Allabanuel district and the utopian, hellish city, Hellytown.

“”All architecture is geometry, in dream, thought, representation, translation, realization, fulfillment”, he wrote. But Portaluppi was not only an architect. He called himself a man of 25 careers, and spoke of himself as a caricaturist, illustrator, philatelist, statistician, traveler, gnomonician, enigmatist. And of course a filmmaker. He lived in Milan until the day of his death, July 6, 1967. 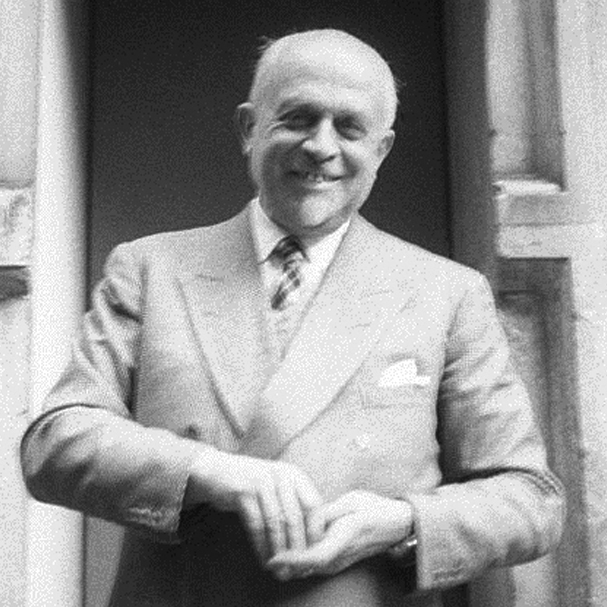